I'm back! No more exams for a while. I'm happy to have much more time to spend working on Guifi.net Studio.
These are the improvements so far:

Guifi.net Studio is prettier now, that's the first thing you can notice :)
Now it has an user interface quite similar to Emerillon which is very intuitive, well-though and gives a good user experience.
I basically copied their hide-able sidebar and included the search bar on the top: 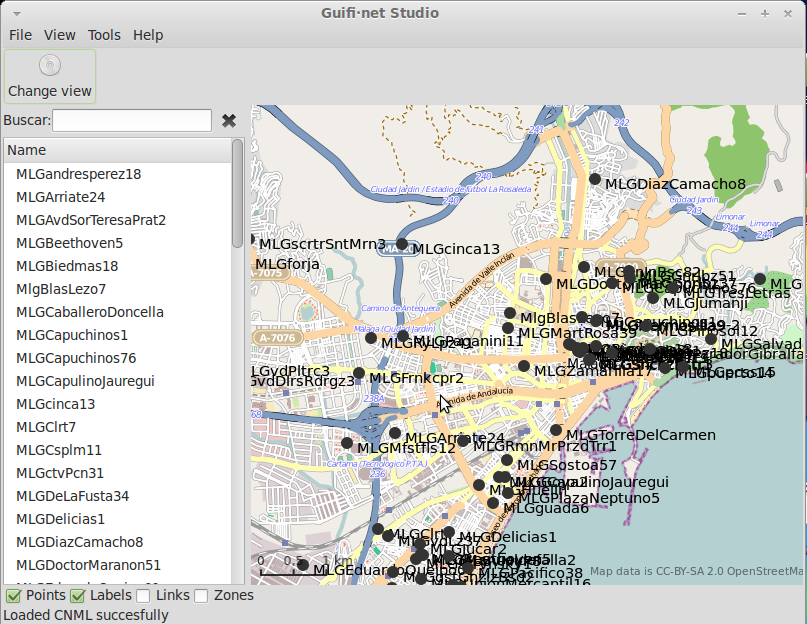 The first prototype of a library to read, parse and query CNML files is ready. It's not finished and I'll rewrite to use classes for entities (Zone, Node, Device...). At the moment the data structure is like a dictionary of dictionaries and it has its own limitations (lack of pointers to: other nodes, parent zone, etc...).
Here's an example of how to use it (notice again that the API will change after it's rewritten):

Unsolclic is almost usable. I should have finished it according to my schedule but having libcnml is a pre-requisite.
I will finish it in the next days.
There's a new User Interface to generate unsolclic configuration from the application (always off-line, remember it as is one of the top features) ;-) 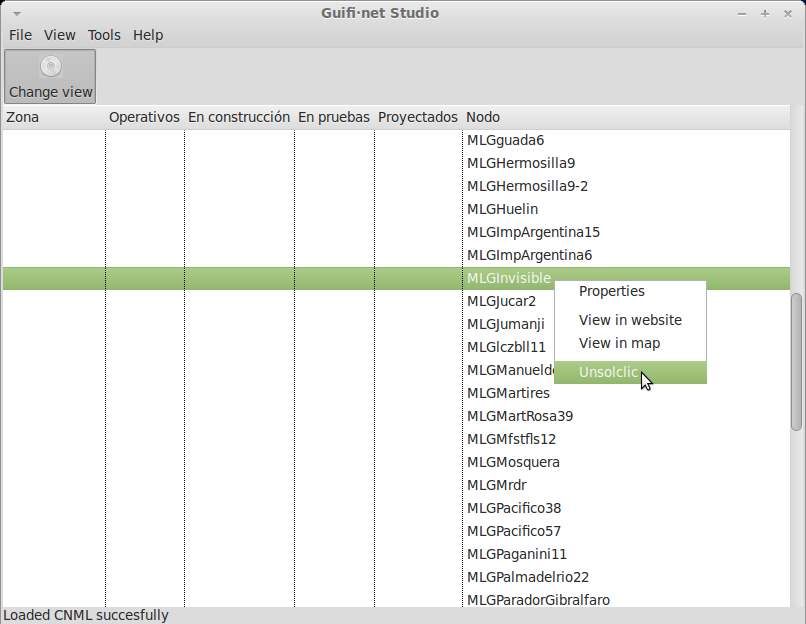 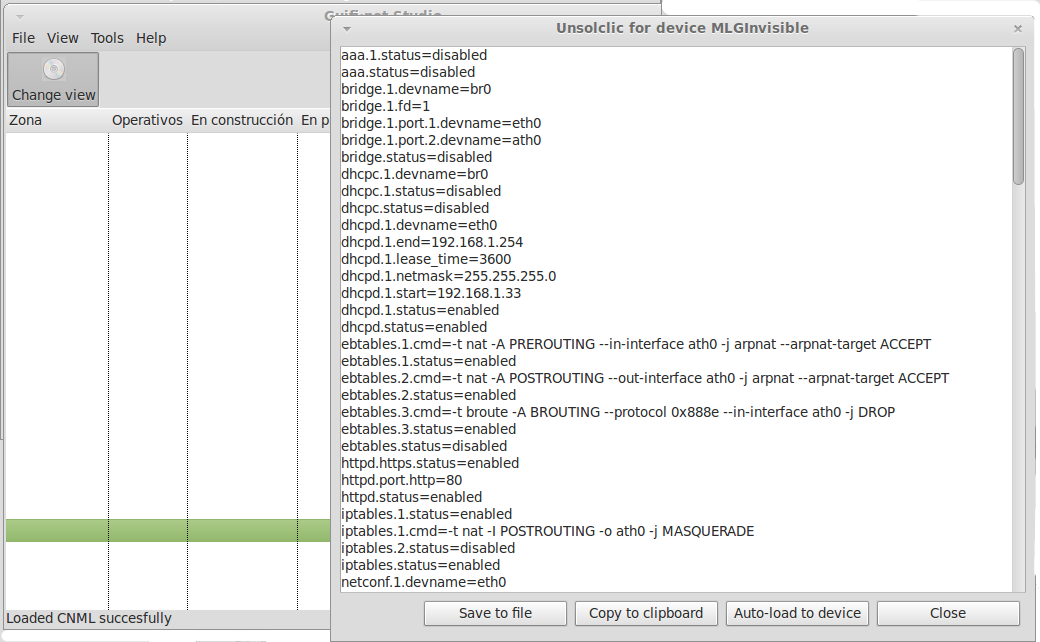 Meeting with my mentor

Roger and I met last week.

One interesting things we talked about is a new use case:
Let's say that somebody wants to deploy Guifi.net in a zone and he won't have access to the Internets during the work.
He can download the CNML file of the zone before moving. What we decided to include a new feature so that he can create new nodes, edit its properties and get also unsolclic still off-line.
When he arrives home, he synchronizes the new nodes with the Guifi.net website.

The problem to face is that during the deployment there could be someone that does changes in the same zone and there could be collisions of data (ex. IP address auto-generated off-line that is already used in Guifi.net).
Although this is quite unlikely to happen, in this case Guifi.net Studio would show a message box warning the user about this problem and given him two solutions: getting the newest configurations or discard the changes. Ideally the installer would choose getting the newest configurations and would re-run unsolclic in the nodes affected by the incoherence of data.

I introduced myself in their mailing list. I have also read more than 50% of their archive.
I reported the bug about resizing points in a ChamplainMarkerLayer and it's already fixed in the master branch :-D

I will start working on extending the CNML specification to support Optic Fiber links.
I have another meeting with people from the Guifi.net Fundation.
Midterm evaluation is next week.