Install Adobe Flash Player Debugging Version:
(first I recommend you to uninstall any flash version you have installed)

Install the Firebug and Flashbug extensions.

Now in the Firebug panel, enable "Flash Console".
Enter a page with flash and you will start to see the debug information :)

What is it useful to?
I know that there are extensions like FlashGot to do it, but I wanted to download the video embedded in a flash player that you can watch here: Erasmus Paradiso (Repor).

And in fact, the url pointing to the flv file was there! ;-) 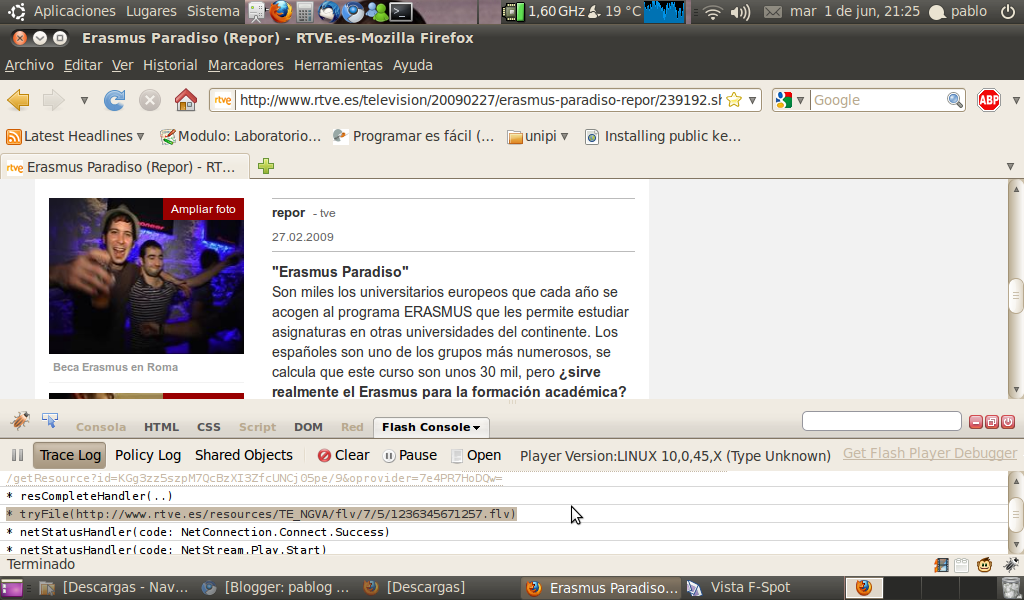 IDEAS:
This mechanism saves a lot of time that you could have spent dissambling the flash player.

One of my ideas is creating a plugin to be able to watch in Totem last news as shown in RTVE (spanish radio television). Being able search videos in their archives or e.g. sorting last news videos by category. To sum up, the same that the current youtube plugin does in Totem.

Updated June 2nd 2010:
I've found in a blog how to download RTVE videos using RTMDump.
Actually it seems that there're some people working to get rtmp support in GStreamer, that would be the optimum solution :)