But I had also a very annoying issue.
When I was disconnecting the AC adapter, the battery value read wasn't correct and gnome-power-manager detected immediately that the battery was critical, showing me the next message and my laptop got suspended without any choice. But in the meantime, I could see that the applet said something that the battery still had charge to remain 30 minutes. O_o!? And it was truth. 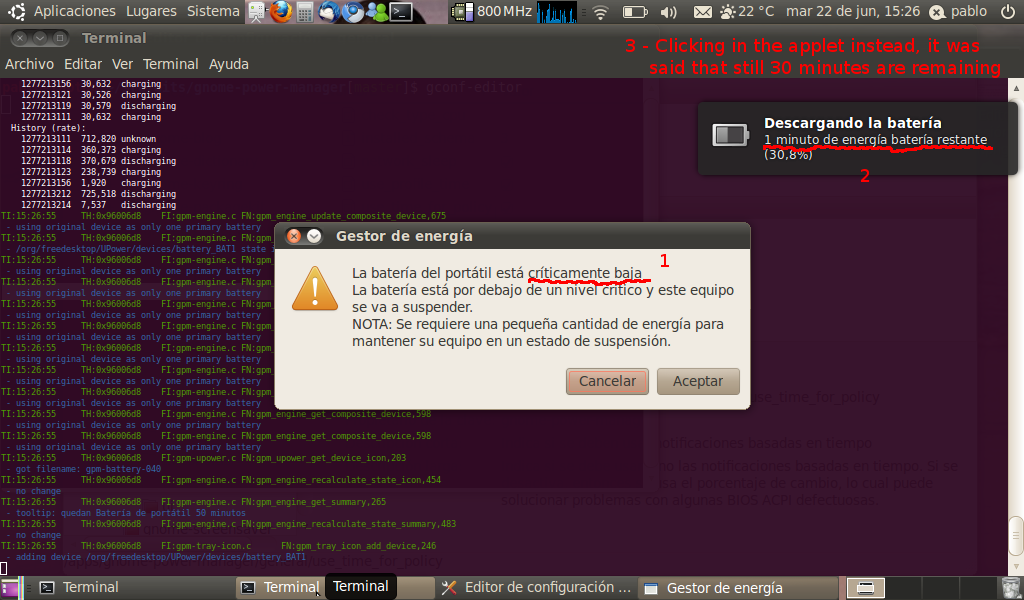 Today, touching gconf I have discovered that there is a workaround and it is disabling the gconf key /apps/gnome-power-manager/general/use_time_for_policy which by default is enabled. It makes gnome-power-manager (since now g-p-m) to have really into account the battery percentage instead of the time that SHOULD remain, according to your previous battery statistics.
Run gconf-editor: 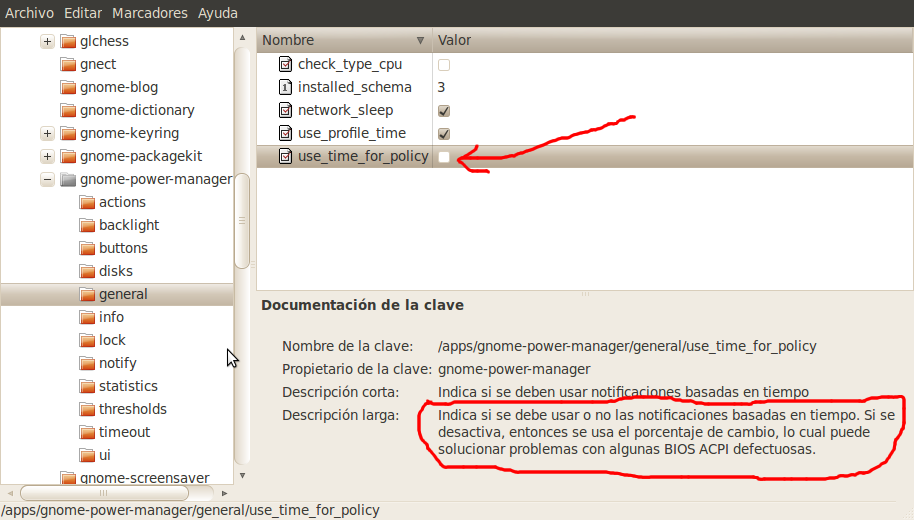 You can tune up a bit more this behaviour with the keys located in /apps/gnome-power-manager/thresholds/. 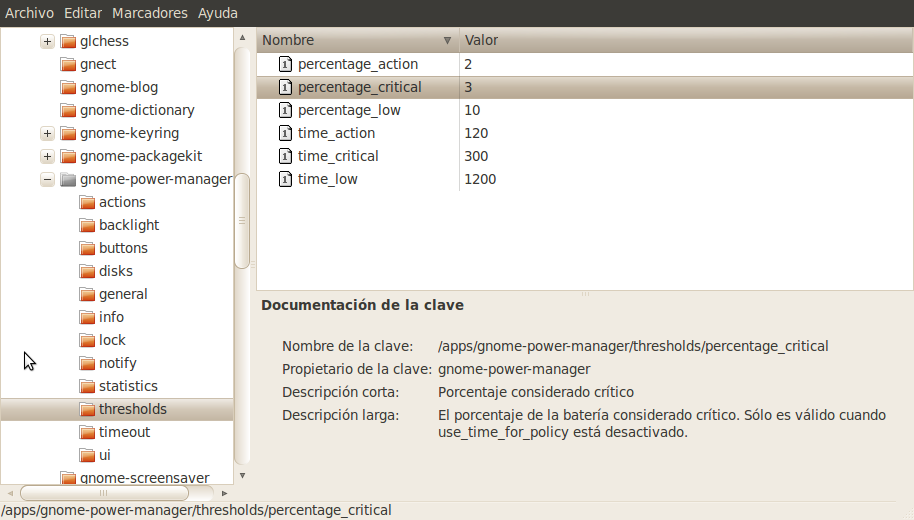 The screenshots are in Spanish but there's not to much to understand.
In any case, you can do the same with the command line tool running:

Note that G-P-M has migrated from GConf to GSettings recently. I'm not used to gsettings but there should be similar editors.